It seems like there’s a day for everything these days but here’s one you should be aware of if you’re planning a Russian river cruise. Launched in 2008, May 20th sees the 10th annual Volga Day. If you paid attention in Geography class, you’ll already know that the Volga River is possibly the best known of Russia’s waterways. At 3645 kilometres long, it’s actually only the fifth longest river in the country, emptying into the Caspian Sea. If you include Russia’s rivers west of the Urals – remember Russia straddles two continents – it’s also Europe’s longest, beating the Rhine and the Danube by a comfortable margin. 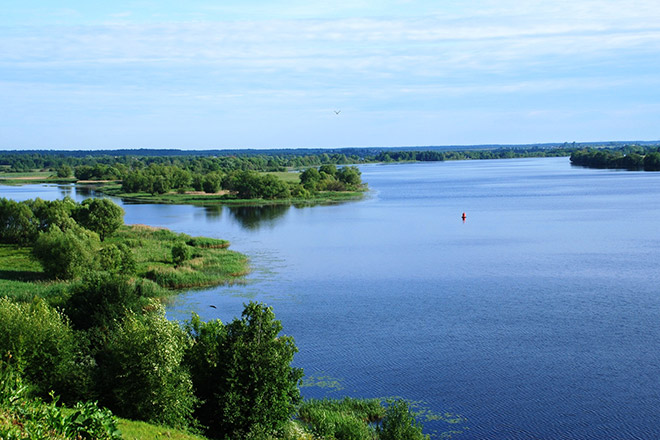 OK so that’s the Geography lesson over, but why does the river get its own special day? For many, the Volga River is Russia’s national river. The French author Alexander Dumas is famously quoted as saying:

“Every country has its national river and Russia has the Volga – the longest river in Europe, the Queen of rivers – and I was one of the many who went to bow to her Majesty River Volga.”

When UNESCO first launched the day in Nizhniy Novgorod a decade ago, it emphasised the need to prioritise conservation and ensure that the use of resources in the Volga River basin was sustainable. As well as the official ceremony, a series of clean up operations were planned and presentations given which focused on the need for careful management to protect the cultural and ecological importance of the region. Each year, these good intentions are reinforced in conferences, discussions and workshops designed to keep such environmentally-sound principles in the public eye.

Passengers on the popular river cruises which follow the route of the Volga reap the benefits, of course. Travelling at a leisurely pace, there’s ample time to soak up the surroundings. Highlights of a cruise along the Volga include Yaroslavl, where you’ll find the Spassky Monastery and its icons, and historic Kazan, home to the Kremlin and also the Qol Sharif Mosque. If you have the time, it’s a pleasant way to spend up to three weeks cruising from Moscow to Rostov-on-Don via the Volga River.

If you’re keen to take a Russian river cruise but don’t have that sort of time to spare, you might consider a shorter excursion. Cruises incorporating the Volga River can be condensed to as little as 12 days, while a sojourn from St Petersburg to Moscow could last just a single, delightful week. The sightseeing comes to you and on board, Russian culture is distilled into opportunities for vodka tastings, language courses, dance lessons and even a nesting dolls painting class.  With a choice of boats to suit all budgets, flexible schedules and assistance with connecting travel and visas, there’s no reason not to take one of these cruises. Why not give us a call and let us help you choose the right cruise for you?