Discovered by Cossack explorer Vladimir Atlasov in 1697 yet off limits to foreigners during the Soviet period, Kamchatka is easily Russia’s most enigmatic and surely its most compelling region. This eastern frontier once played a key Cold War strategic role but now, tourism is not only permitted but actively encouraged. 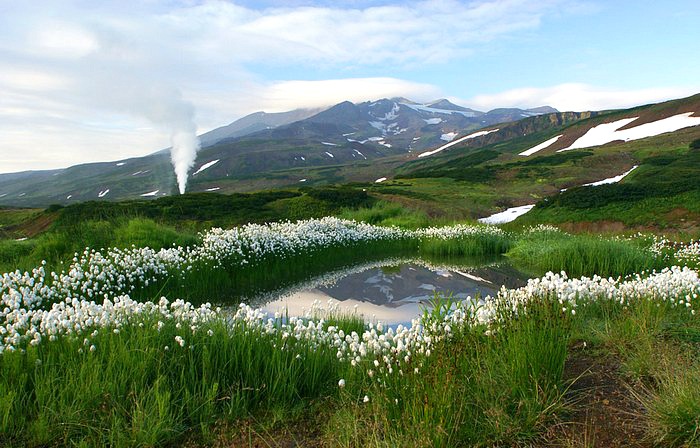 Nature is at its wildest here, and nowhere more so than in the untamed Valley of Geysers. Buried deep inside the canyons of the Kronotsky Nature Reserve, there are twenty active geysers here, second only to Yellowstone in the USA in scale. This enchanting spectacle is worth making the effort for; those who venture this far into Russia’s wilderness are richly rewarded with panoramas decorated with gushing fountains of superheated water and billowing clouds of steam. 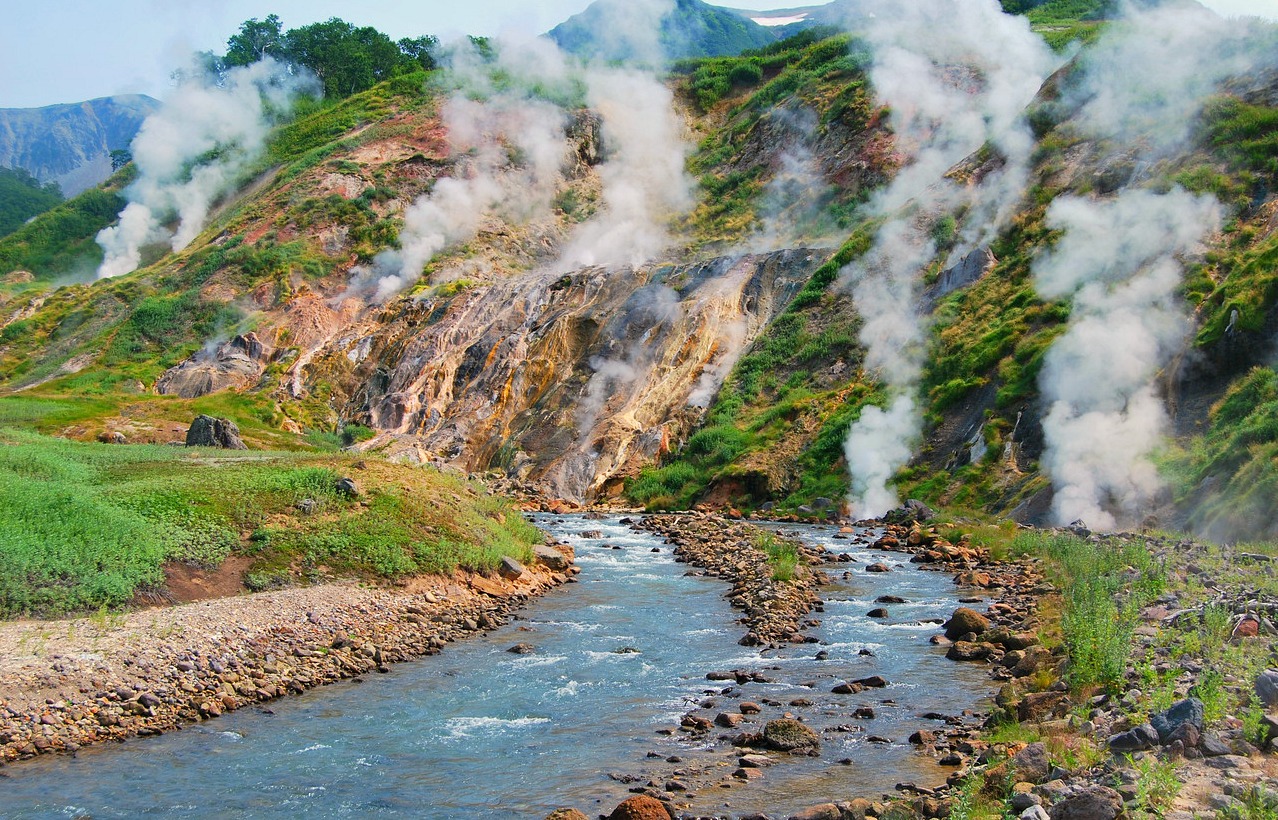 That’s not all, though even that might be enough. Kamchatka boasts a high concentration of active volcanoes, 29 in fact, plus a further 160 that are considered dormant. The 1830m high Gorely volcano is perhaps the most impressive: a chain of eleven craters in a row, liberally endowed with fumaroles and secondary cones. It’s as though nature got carried away and just didn’t know when to stop. It’s a rare visitor whose jaw doesn’t drop with incredulity. 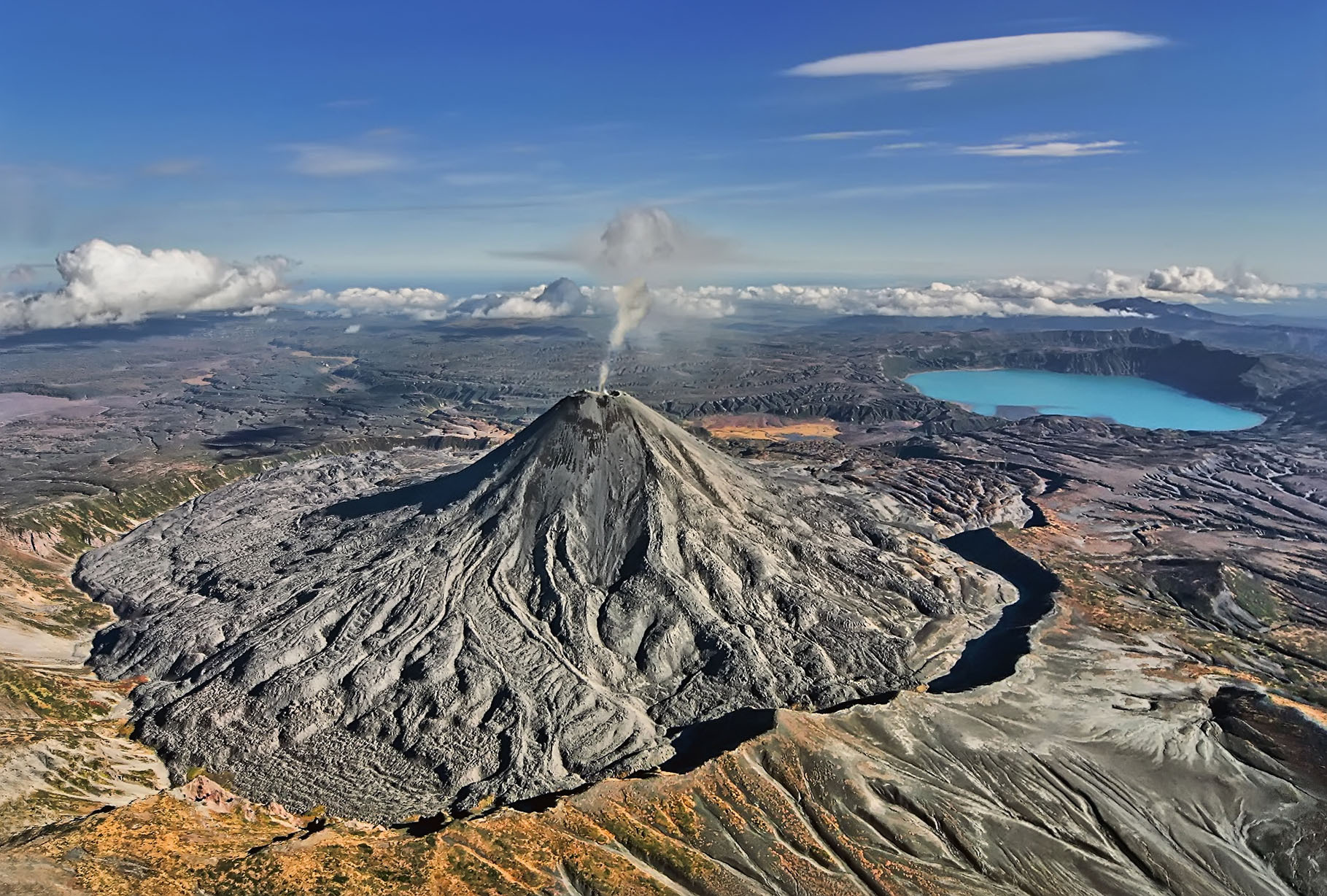 Glowing fiery red, magma continues to be ejected, shaping and reshaping this incredible landscape. This heat reminds us of the powerful forces that were responsible for creating the planet on which we live, this raw and surreal sight a powerful image of how life begins. Glaciers, waterfalls and flower-strewn meadows soften the picture and captivate those who are privileged enough to lay eyes on it. Its wild coastline is a sight to behold, Avacha Bay one of the world’s most picturesque harbours guarded by the Three Brothers rocks. 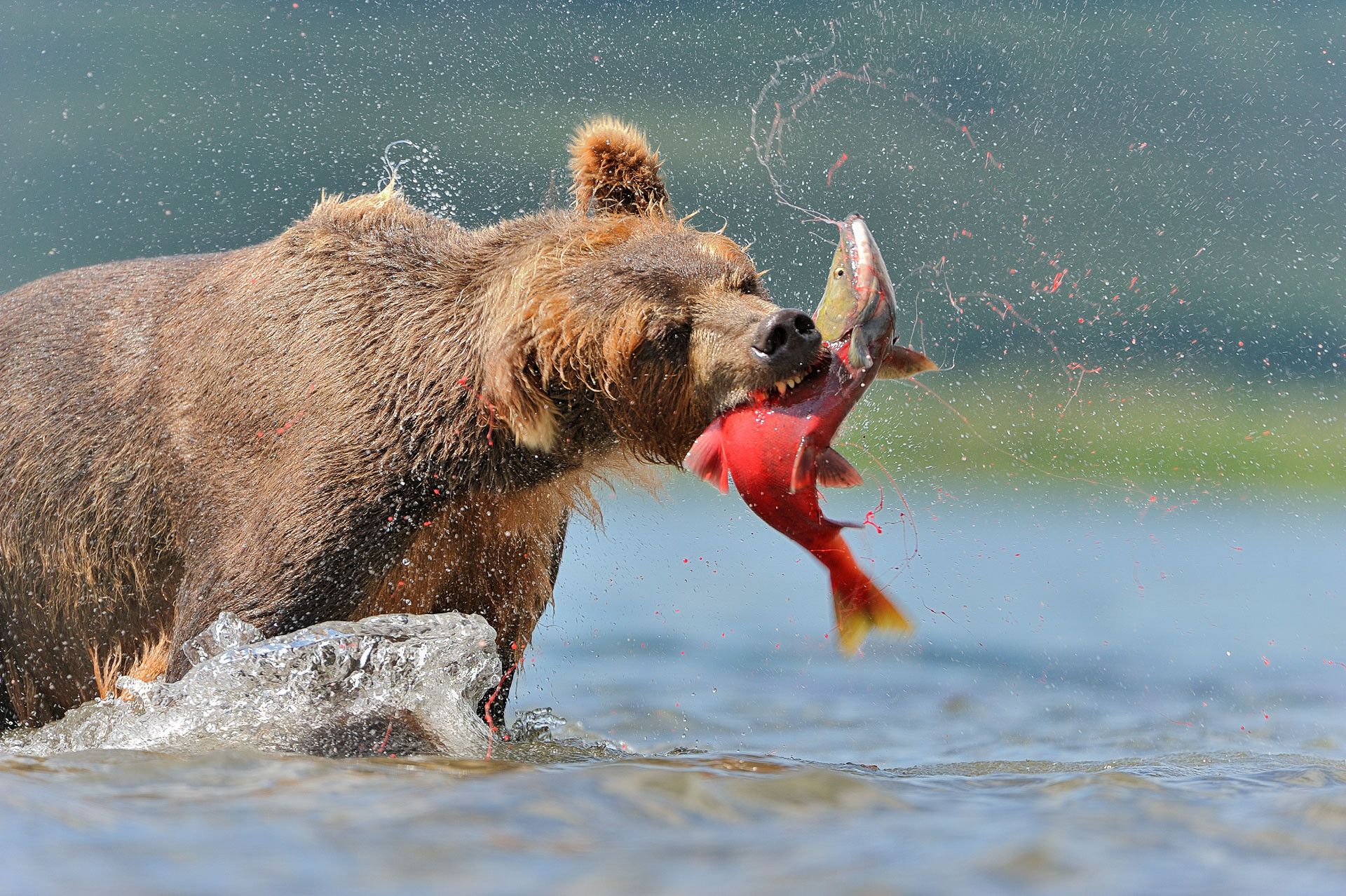 Its flora and fauna are also unique. The world’s largest population of brown bears call Kamchatka home. Its many rivers spawn more salmon than you can count; more than half the Steller’s Sea Eagles on the planet swoop overhead. By the sea, a hundred thousand seabirds look down upon waters teeming with seals, dolphins and white whales. The rich volcanic soil supports abundant vegetation, from grasses towering to over three metres high to vast stands of larch, spruce and birch. There are not one but five national parks, evidence of Kamchatka’s exceptional beauty. 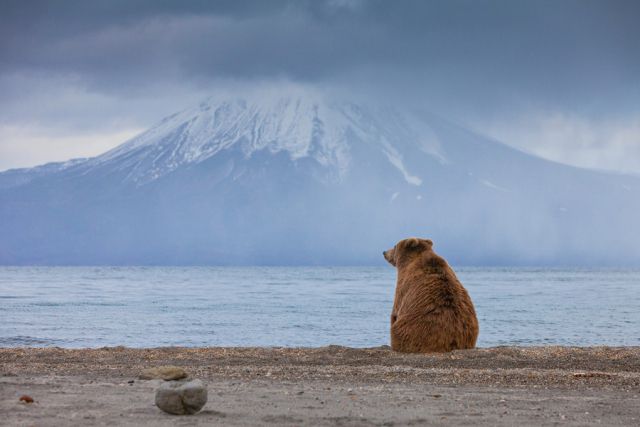 In this wild and rugged setting live some of Russia’s most ancient peoples. Only around 1450 Itelmen remain, largely confined to the west of the peninsula. They’re fiercely protective of their distinctive language and traditional way of life, hunting and fishing as their ancestors would have done and relying on dog sleds during the harsh Kamchatka winter. Elsewhere in scattered villages, far from the capital Petropavlovsk, you’ll find the Even, the Koryaks, the Chukchis and the Aleutians, all indigenous to this remote region. 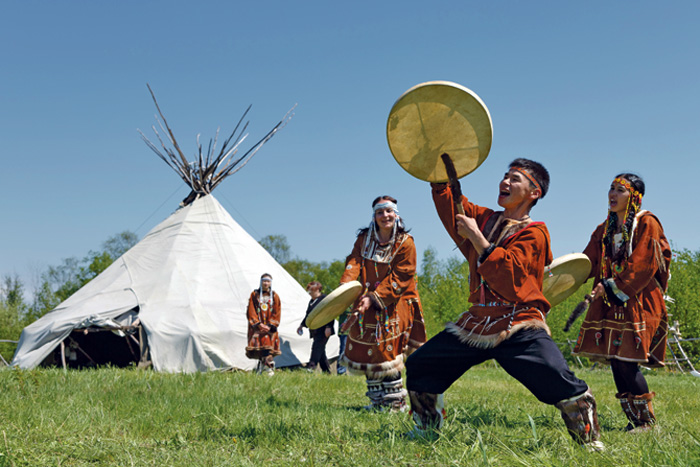 To fully access this wonderful part of Russia you’ll need help – and that’s where we come in. Our tours are designed to showcase the very best of Kamchatka. Whether you wish to focus on the enchanting wildlife or fascinating culture of the region, they all have Kamchatka’s awe-inspiring scenery as a fundamental part of the tour. Why not contact us to find out more about this mysterious land and discover it for yourself?

One thought on “Kamchatka – Russia’s most enigmatic region”